If thou wert in doubt as to what We have revealed unto thee, then ask those who have been reading the Book from before thee…. (Surah 10, Yunus, verse 94)

Long before the dawn of Christianity ideas about God developed into religions. Some Muslims put an allegation before followers of Jesus that their faith is just a reflection of false, ancient conceptions. The purpose of this article is to examine some of the facts in order to establish the truth that the Biblical message does indeed originate from God.

2. CHRISTIANITY A COPY OF ANCIENT RELIGIONS?

It has been said that Christianity is just a re-echo of other old religions, such as Mithraism, since there were similarities between them. Let us first look at this theory from the perspective of the world renowned Encyclopaedia Britannica (‘Ready Reference’, Vol.6, 1991 edition):

‘Mithra, or Mithras, in Iranien mythology, omniscient warrior deity, born of a rock, armed at birth with a knife and a torch.’ ‘The word ‘mythology’ is used in two distinct ways. It is the study of myth, but it is also the body of myths given in a particular religious tradition…Myth is a collective term and specifically indicates one basic form of religious symbolism…As with all religious symbolisation, there is no attempt to prove that these unusual, transcendent, or divine events are ‘possible’ or otherwise to justify them…The original Greek term for myth (mythos) denotes ‘word’ in the sense of a decisive, final pronouncement. It differs from logos, the word whose validity or truth can be argued and demonstrated…There are obvious similarities between Mithraism and Christianity; however, they should not be overestimated. Mithraism permitted only male devotees, and the social strata to which it appealed included mainly soldiers, officials, and men in imperial service. Christianity on the other hand, was primarily the religion of the poor or of the lower class. If there was competition between the two, it was for the favour of the emperor rather than for followers. The Christian Church, triumphant ultimately, destroyed pagan worship and sanctuaries everywhere. The Mithraic shrines were pillaged, and on the spot of the former caverns Christian basilicas were built…The hypothesis of a mutual dependence has been proposed by scholars-especially a dependence of Christianity upon the mysteries but such theories have been discarded. The similarities must rather be explained by parallel developments from similar origins…There are also great differences between Christianity and the mysteries. Mystery religions, as a rule, can be traced back to tribal origins, Christianity to a historical person. The holy stories of the mysteries were myths; the Gospels of the New Testament, however, relate historical events. The books that the mystery communities used in Roman times cannot possibly be compared to the New Testament. The essential features of Christianity were fixed once and for all in this book; the mystery doctrines, however, always remained in a much greater state of fluidity. The theology of the mysteries was developed to a far lesser degree than the Christian theology. There are no parallels in Christianity to the sexual rites in the Dionyseac and Isiac religion, with the exception of a few aberrant Gnostic communities. The cult of rulers in the manner of the imperial mysteries was impossible in Jewish and Christian worship.’ (‘Knowledge in Depth’, Vol.12)

Having looked at all the quotations from the Encyclopaedia Britannica, it is surprising to see some Muslims using arguments against Christianity that are mainly based on myths! However, it is interesting that ‘logos, the word whose validity or truth can be argued and demonstrated’, is used as a description for Jesus! (Joh 1) Let us now examine what the Bible has to say on the subject:

‘For the time will come when men will not put up with sound doctrine. Instead, to suit their own desires, they will gather around them a great number of teachers to say what their itching ears want to hear. They will turn their ears away from the truth and turn aside to myths.'(2 Tim 4:3-4)

‘What may be known about God is plain to them, because God has made it plain to them. For since the creation of the world God’s invisible qualities -his eternal power and divine nature-have been clearly seen, being understood from what has been made, so that men are without excuse. For although they knew God, they neither glorified him as God nor gave thanks to him, but their thinking became futile and their foolish hearts were darkened. Although they claimed to be wise, they became fools and exchanged the glory of the immortal God for images made to look like mortal man and birds and animals and reptiles. Therefore God gave them over in the sinful desires of their hearts…’ (Rom 1;19-24)

In these latter verses the reason for the similarities between myths, mystery religions and Christianity is to be found. There were parallel developments – those who gave glory and thanks to God, and those who did not- from the same origin, the one and only God who made himself known since the creation! To which development is the reader to be counted?

It is true that the Christian celebrations were fixed on the days of pagan festivals. Understandably this practice seems to be hard to accept, especially in the light of verses like Exodus 23:13:

‘…Make no mention of the name of other gods, neither let it be heard out of thy mouth.’

However, when these and other passages are studied in their context it becomes clear that the motivation behind what is done and said determines whether deeds and words are acceptable to God. It goes without saying that a Christian is not sinning against God’s commandment quoted above, when he mentions the word of a Hindu god while witnessing to a Hindu.

As the Church triumphed pagan worship was stopped and sanctuaries were destroyed everywhere. Shrines were pillaged, and on the spot of the former caverns Christian basilicas were built. The sun-god was replaced with Jesus. Since the exact dates of Jesus’ birth, death and resurrection are unknown those momentous occasions were purposely celebrated on the formerly pagan festivals of Christmas and Easter. In doing so the following message was made clearly: ‘The historical Jesus and his good news have once for all corrected and replaced the pagan gods and ideas. These were created by men who originally knew God but did neither give glory nor thanks to him, by men whose thinking became futile and whose foolish hearts were darkened.’

The inspired writers of the New Testament have also applied the principle of giving a new meaning to something old. They took the Greek ‘agape,’ now one of several words used to express different kind of loves and gave it a new meaning. In classical Greek ‘agape’ was hardly known and little specified as ‘to hold in honour, to encounter in a friendly way.’ In New Testament Greek the word was uniquely used to express God’s benevolent love. Its benevolence, however, is not shown by doing what the person loved desires but what the one who loves deems as needed by the one loved. ‘For God so love the world that He gave…’ (John 3:16) He did not give what man wanted but what man needed as God perceived his need. He gave Jesus to bring forgiveness to man. God’s love for man is God doing what He thinks best for man and not what man desires. It is God’s wilful direction toward man. But for man to show love to God he must first appropriate God’s ‘agape’, for only God has such an unselfish love.

Ultimately God himself became a sinless man in Jesus. He was not ashamed to take on what then and up until now has been terribly abused and misused in countless pagan celebrations, a human body. God then went even further. He was prepared to dwell by His Holy Spirit in every sinner who repents and believes in the work of Jesus on the cross. If God is prepared to live in Christians who are by no means perfect, surely Christmas and Easter can continually be celebrated in the traditional way by practising Christians. The reason why early Christians had not done so is simply because in their time the pagan festivals were still being observed.

Falsehood does have some similarities with truth. This is unavoidable since the former has its origins in truth. Before something becomes corrupted out of necessity it had to be pure. The enemy of God has never brought anything that is completely new. On the contrary he is a liar, a master of deception and perversion. As has been demonstrated, the truth of the Biblical message found its counterfeits in pagan religion and not the other way round as the allegation made by some Muslims stated. Now as the tables are turned they are confronted with a great challenge. On one hand the Quran claims to be of divine origin (Surah 3:7/85:21). The original is said to be written on a tablet kept in heaven. Thus it should come from God alone. According to Islamic teaching it’s specific commandments for Muslims ought to be unique, divine and uncreated from all eternity. They must not be found before the alleged revelations of the Quran. However, much of the teaching, such as the pilgrimage to the Kaaba, the kissing of the black stone, etc., can be traced to pagan, sources. (See, ‘The Original Sources of Islam’, by Rev. W. St. Clair-Tisdall, pages 4-10, 1905, also found on the Internet: www.answering-islam.de/Books/Tisdall/Sources0/index.htm). Undoubtedly there are pagan influences in Islam not in Christianity. 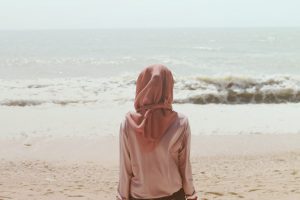 Ahmadiyya Muslim claims examined in the light of the Bible