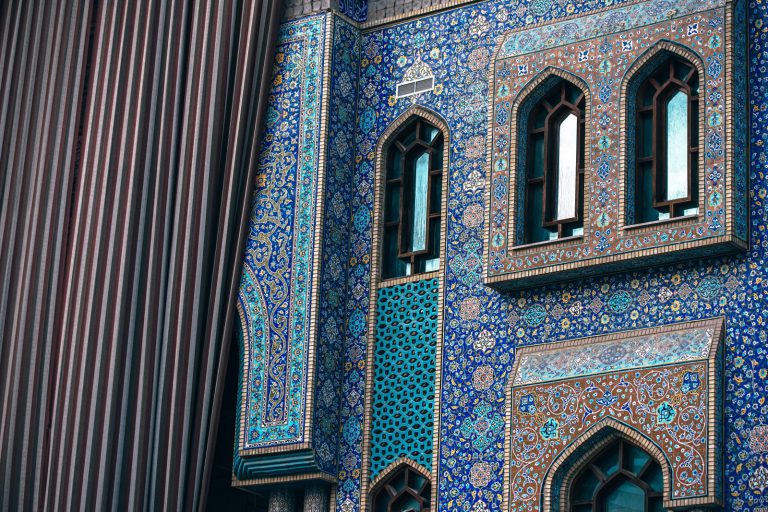 “The Quran is a record of the exact words revealed by God through the Angel Gabriel to the Prophet Muhammad. It was memorized by Muhammad and then dictated to his Companions, and written down by scribes, who cross-checked it during his lifetime. Not one word of its 114 chapters, Suras, has been changed over the centuries, so that the Quran is in every detail the unique and miraculous text which was revealed to Muhammad fourteen centuries ago.” (www.islamicity.com, search for ‘What is the Qur`an?’; accessed 19 May 2011)

The fundamental Islamic belief that no word of the Quran has changed is put in question by a rather unique ancient manuscript, a palimpsest, known as ‘DAM 0 1-27.1.’1 It was discovered by Muslims in 1972 at the ancient Great Mosque of Sana’a in Yemen. According to the latest academic studies, aided by the use of ultraviolet photography, this palimpsest contains many differences when compared with today’s Arabic Quran. They range from different and missing words and dissimilar spelling to a changed order of Surahs and words within verses. The find is part of a bundle of parchments thought to be the oldest surviving copies of the Quran.

A palimpsest is a manuscript from which a text has been scraped or washed to make room for another one in order to re-use the expensive parchment. Such a process would normally only be done after several centuries. However, in the case of ‘DAM 0 1-27.1’ it took place within the first century of the ‘Hijrah’ (7th and early 8th century AD), shortly after the Uthmanic recension. This is confirmed by the fact that the primary writings that reappeared and the secondary ones that followed, including the corrections of both, were found to be made in the ‘Hijazi’ style of the first Islamic century. The characteristic, irregular lines of that particular style exist in all the four above mentioned developmental stages of the text.

The palimpsest known as ‘DAM 0 1-27.1’ contains at least 38 Quran leaves. They were each written on parchment with an approximate size of 36.5 x 28.5 cm. Since on the majority of the leaves a primary text is visible and both texts contain parts of over 70 % of today’s Quran, the palimpsest must be a remnant of two, previously complete, yet different Qurans. ‘Folio 16r’2 below contains Surah 9:70-80 in the less visible primary writing and Surah 30:26-40 in the better visible secondary writing. The numbers on the right side of the image written in cursive type refer to the lines of the earlier, primary text. The normal ones identify the lines in the later, secondary text.

In the following examples, changed words from the primary writing are compared with the Standard text (StT). These changes represent only a very small part of a much bigger, in-depth analysis conducted by Dr E. Puin.3

A. Several words are missing within a paragraph leading to a different meaning:4

Sahih International translation: ‘… (if) they turn away, Allah will punish them with a painful punishment in this world and the Hereafter. And there will not be for them on earth (any protector or helper.)

Sana’a manuscript, ‘DAM 0 1-27.1’, translation: ‘… (if) they turn away, Allah will punish them in this world. And there will not be for them on earth (any protector or helper.)

The finishing letter, ‘Alif’, in ‘yatawallaw’, ‘they turn away’, found in today’s standard text of the Quran is missing in the early manuscript under discussion, as indicated by the empty box with a black frame above. Moreover, in the the verb ‘yu’addibhum’, ‘he (Allah) will punish them’, found on ‘Fol. 16r, Z.13’, is not explained with ‘adaban aliman’, ‘with a painful punishment’, as in the Standard Text (StT). There one finds ‘fi‘l-dunya wa-‘l-ahirati’, ‘in this world and in the Hereafter.’ The Sana’a manuscript contains only ‘in this world’ and therefore fits better with the end of the verse in both versions: ‘And there will not be for them on earth any protector or helper.’

B. Words are different from today’s Quran:5

The shaded area above indicates uncertainty. Instead of the word ‘gahannnamu,’ ‘hell’, found in the Standard Text, the old manuscript version contains the synonym ‘l-naru’, ‘the fire’, found in the box with the interrupted frame. It is almost identical with a parallel text found in today’s Surah 24:57:

The word ‘yaqsimuna’ in the old manuscript, found in the box with the interrupted frame above, has been replaced by the different, yet synonymous, ‘yahlifuna’, ‘they swear,’ in today’s Quran. The words that follow, crossed with horizontal lines, have been reconstructed with certainty. Behind the ‘Kaf’ of ‘kalimat’, ‘(the) word’, a part of the manuscript is missing. The grey, shaded area indicates uncertainty about the original word. The room left on the parchment allows only for ‘(ka)limata ‘l kufri’, ‘(the) word (of) the disbelief’. The next line in the manuscript starts with ‘wahammu bima lam yanalu’. Therefore, the phrase ‘wakafaru baʿda is’lāmihim’, ‘and disbelieved after their (pretense of) Islam’, 6 is only found in the today’s Standard Text. The three words missing in the text form used by the old manuscript are again indicated by the white box with the black frame.

Whereas the secondary text of the examined palimpsest comes close to the content of today’s Quran, it is still not 100% identical. None of the numerous changes under discussion are mentioned in the Qirâ’ât literature that is concerned mostly with methods of pronunciation used in the recitations of the Qur’an. The changes are also different from those found in the collections of the Quran by Ibn Mas’ud, known primarily for the absence of Surah 1, 113 and 114, and Ubay bin Ka’b who listed two additional Surahs.7

A. Why should we listen to Western Orientalist scholars who are known to be against Islam?

Sadly there are not many other scholars who dare to approach the sensitive subject of early Quranic manuscripts in an objective manner. A notable exception was Dr Nasr Abu Zaid, formerly a lecturer in Koranic Studies at Cairo University.8 He argued that the Quran is a literary text which needs to be examined through a literary approach. The highest court in Egypt ruled in 1995 that he was an apostate and therefore his marriage was annulled.

Salim Abdullah, director of the German Islamic Archives, affiliated to the powerful pan-Islamic Muslim World League, is open to critical research too, saying: “I am longing for this kind of discussion on this topic.”9

Since, for the above mentioned reasons, currently no other scholars have done as detailed a research as Dr E. Puin, Saarbrücken, Germany, on the palimpsest ‘DAM 0 1-27.1’, there was no other option available then the one chosen. However, other eminent scholars have examined different manuscripts and reached the same conclusion that the Quran has a history of textual development.10

B. Was it just a bad copy used by those whom the Uthmanic text had not yet reached?

There are several problems with such an assumption:

1. The palimpsest ‘DAM 0 1-27.1’ has been proven to actually contain four different Qurans: A complete primary and secondary text, and both showing later corrections. Therefore we are not just dealing with one but four ‘bad copies’ within the first Islamic century. If the Uthmanic text had not yet reached the mosque, upon what basis were the corrections of the two different texts made?

2. The Great Mosque of Sana’a where the manuscripts were found was built in the 6th year of the Hijrah by one of Muhammad’s companions.11 It was a centre of Islamic learning and as such must have been supplied with Uthman’s text immediately and urgently, since the Qurans found in any mosques have naturally been in use among the Muslims.

3. Since even the secondary text with the corrections does not resemble the Uthmanic text 100%, the question arises as to why it was not corrected when the ‘Authorized Version’ arrived? To keep a different Quran in an Islamic centre of learning is a recipe for passing on false teachings.

It has become clear that the Quran is not a record of the exact words revealed by God. Instead, the palimpsest, known as ‘DAM 0 1-27.1,’ demonstrates clearly that the holy book of Muslims has gone through stages of historical developments. There are at least three ways people can respond to these facts:

There is a right kind of anger, when people are treated unjustly or God’s will is misrepresented and neglected. While the world could definitely do with more of that kind of righteous anger expressed in productive ways, uncontrolled rage fueled by self-interest is sadly much more common. It is fully understandable that people resent a change of thought about what in many ways lies at the very heart of their faith and society. However, if painstaking examination of evidence has proven certain dearly held beliefs to be false then it would be foolishness to stubbornly hold on to them, just because one has always done so. Change never comes easy but it is better to bring a painful end to lies than to keep on living in the pain of deception without end.

Some people decide to turn a blind eye on the facts discussed so far. They try to live in denial and carry on as usual. After all, it has been rather comfortable so far, so they think. Such individuals and communities act a bit like someone who has lived in a small room for a long time. They will be happy with it until they realize that other people live in a spacious house. The truth that the Quran has been changed, not just in transmission but in the actual text as well, has far reaching, potentially life-changing implications.

Lastly, the third way people can respond to the findings of this academic research is Jesus. He says about himself literally, “I am the way and the truth and the life.”12 He is the answer to the prayer Muslims are to perform five times every day, saying: ‘Show us the straight way, the way of those on whom you have bestowed your Grace…’ Jesus did not say, ‘I am showing you the way into Christianity.’ He simply says, ‘I am the way.’ Eternal life in paradise comes from following him alone. It happens by grace, by an undeserved favour. Jesus wants us to turn around from our old ways and put our faith in him and what he has done for us on the cross. He does not ask people to abandon the good aspects of their culture or to embrace the sinful parts of a Western lifestyle. God will give us the power to be like Jesus in whatever situation we find ourselves in.

Jesus is not only the way but he is also the living word of God. The Quran calls him uniquely, ‘Kalimatullah’ – ‘The Word of God’ (Surah 4:171; cf. Revelation 19:13 & John 1); it is identical with God. The Bible is about Jesus. Many articles have been written to show that it is still trustworthy.13 However, the standard and definition by which the Holy Scriptures of the people of the Book has been revealed and preserved is different from the one given hundreds of years later by Muslims. Whoever examines the Bible on its own terms, praying earnestly and with an open heart for guidance will be blessed. I invite you to do so through a simple e-mail correspondence course. Please contact me to get the first of six lessons.

The honourable way out of ‘honour killings’ 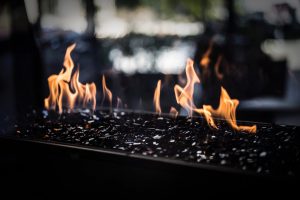